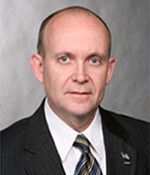 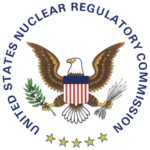 Gerard Jackson joined the Nuclear Regulatory Commission (NRC) in 2008. He is assigned to the Division of Security Policy (DSP) in the office of Nuclear Security and Incident Response (NSIR) in the Fuel Cycles and Transportation Security Branch, working in Transportation Security Policy. His duties include the planning, coordination, and management of the development and implementation of policies and programs for transportation security and physical protection of fissile material during all phases of transportation. He conducts technical and regulatory reviews in support of regulatory programs, transportation route approvals, rule making, and licensing. He manages and supports partnerships; outreach and coordination with US Government Agencies including the FBI, Department of Energy, National Nuclear Security Administration, DOD, DHS, and Department of State. Mr. Jackson also represents NSIR to the Commission’s Tribal Policy Working Group, supporting Tribal Policy development, implementation, and outreach for transportation security issues. He also works with the UN’s International Atomic Energy Agency in developing international guidance for transportation security.

Prior to joining the NRC, Mr. Jackson served both active and reserve duty with the United States Coast Guard (USCG). His previous active duty positions included serving as the Senior USCG Liaison Officer to the Department of Defense (DOD), Joint Force Headquarters (JFHQ)-National Capital Region (NCR) in Washington, D.C. at Fort McNair. There he advised Senior Pentagon staff, Flag Officers, and senior leaders in the NCR as to the authorities, responsibilities, and capabilities of the USCG. He was responsible for integrated JFHQ-NCR & USCG operations in the NCR such as the Presidential Inauguration and State of the Union address. He was the Senior USCG representative to the Washington, D.C. Area Maritime Security Committee. His responsibilities included meeting with the Metropolitan Washington Council of Governments to assist in integrating USCG response plans with federal, state, and local plans for all events and contingencies in the National Capital Region. He served on the staff of the Fifth District Commander where he was the Operations Officer for Maritime Domain Awareness.  His last reserve position with the Coast Guard was as the USCG FEMA Emergency Preparedness Liaison Officer (EPLO) to FEMA Region V (Great Lakes), and served as the Senior USCG liaison to FEMA Joint Field Office in New York during Hurricane Sandy.  His awards include the Defense Meritorious Service Medal, the Joint Service Achievement Medal, and the Coast Guard Achievement Medal. He retired in March of 2014.