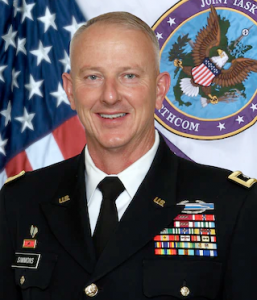 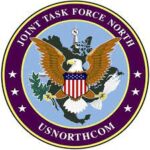 His green-tab assignments include command of Alpha Battery, 1st Battalion, 118th Field Artillery (Chatham Artillery). He served as commander of the 1st Squadron, 108th Cavalry Regiment, while the squadron was deployed to Afghanistan in 2009-2010. In 2013, Major General Simmons assumed command of the 48th Infantry Brigade Combat Team and deployed to Afghanistan in 2014 as Commander of the Kabul Base Complex.   His key staff assignments include service as the Deputy Chief of Staff for Personnel (G1) and Chief of Staff of the Georgia Army National Guard. He has worked on numerous strategic level military committees and currently serves on the Board of Directors of the National Guard Association of the United States.

Major General Simmons is a graduate of the Georgia Military Institute Officer Candidate School and was commissioned as a Field Artillery Officer in 1992. He holds a Bachelor of Science in Education from Georgia Southern University and a Master’s in Strategic Studies from the United States Army War College. He is also a graduate of Harvard University’s National and International Security Seminar, the Maxwell National Security Management Course at Syracuse University, and the U.S.-U.K. Rising Leader’s Forum at the National Defense University.

He is married to the former Yetive Chason and they have two children; Callie (13) and Luke (10).